Skip to Article Skip to Search About Us Skip to simple menu
ParamusMedicalAndSportsBlog.com 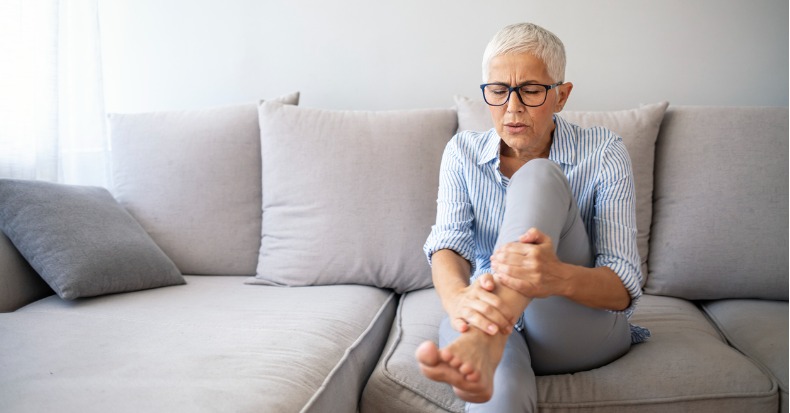 Gout is a type of inflammatory arthritis that causes pain and swelling in the joints. While it is mostly associated with the base of the big toe joint, gout can affect the knees, ankles, foot, hand, wrist, and elbow. The condition typically occurs earlier and three times more common in men than in women. For women, gout usually develops after menopause. This is because men have higher levels of uric acid (UA) most of their lives. Only after menopause do women reach similar UA levels in the blood. Hence, the condition is typically diagnosed through a simple uric acid blood test.

The human body makes uric acid through the breakdown of purines, which are chemicals found in certain foods and drinks. We usually excrete purines without issue (through urination), but if we eat too many foods or beverages rich in purines or if the kidneys can’t handle the purine load, then uric acid levels in the bloodstream can become too high and the uric acid crystals can concentrate in the joints. The crystals are sharp and needle-like in shape and directly irritate the cartilage and soft tissues surrounding the affected joint.

Symptoms include swelling, redness, burning, and pain—often intense pain can make walking difficult to impossible. The onset of a gout attack is typically sudden and can come out of nowhere, sometimes overnight. An attack can last a week or two and there may be no symptoms whatsoever between attacks. For some, it may hit once and not again for years. There is no “set pattern.” If left untreated for too long, the sharp crystals can cause cartilage damage resulting in arthritis.

Treatment strategies are classically pharmaceutical through a primary care physician or rheumatologist and consist of anti-inflammatory drugs (non-steroids or steroids), Colchicine (oral), Allopurinol, among others.

In some cases, gout can be helped through diet. Strategies may include staying hydrated; reduce the intake of foods and drinks rich in purines like alcohol (especially beer), red and organ meat, shellfish, gravy, and fructose-rich food and drinks; and drinking tart cherry juice—a recent study showed a reduction of serum urate in overweight and obese adults by consuming 100% tart cherry juice while another study showed it lowered blood uric acid levels in a group of healthy women. If you’re under treatment for gout, ask your doctor if he or she would recommend these strategies to see if they can benefit you.

Thousands of Doctors of Chiropractic across the United States and Canada have taken "The ChiroTrust Pledge":“To the best of my ability, I agree to
provide my patients convenient, affordable,
and mainstream Chiropractic care.
I will not use unnecessary long-term
treatment plans and/or therapies.”

Members of ChiroTrust® have taken
“The ChiroTrust Pledge”:

“To the best of my ability, I agree to
provide my patients convenient, affordable,
and mainstream Chiropractic care.
I will not use unnecessary long-term
treatment plans and/or therapies.”

You will receive updates